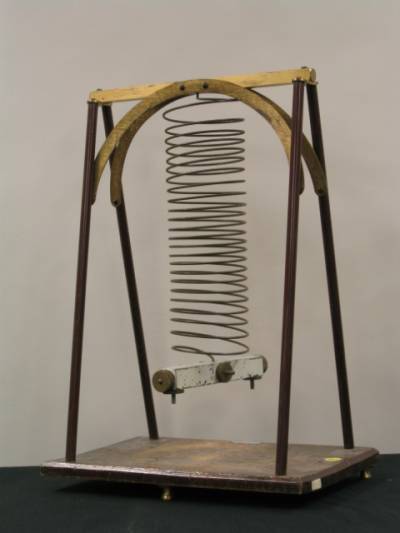 Consists of a stand consisting of a pair of inverted V-shapes, joined at the top by a bar and by a plate at the bottom. From the top bar hangs a large-diameter spring. The end of this spring is attached to the center of a heavy metal bar, which has screws so that it's center of mass may be adjusted.